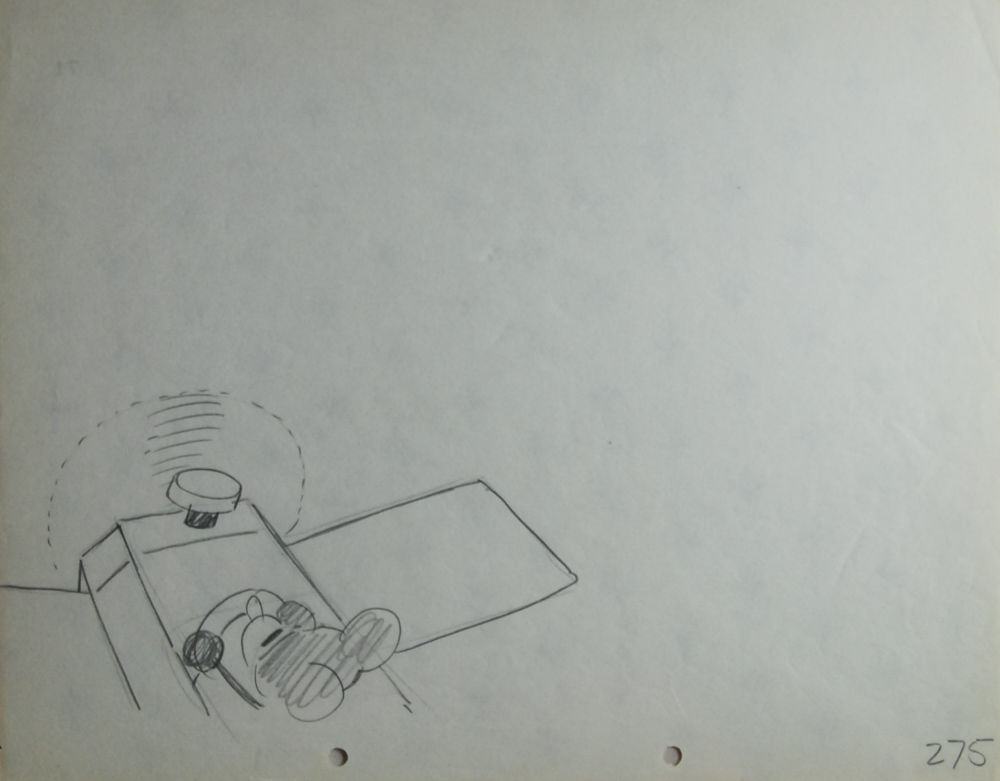 Animation drawing of Mickey from his first animated short.